Coincidence detection is the simultaneous detection of two or more photons in different detectors. The electronics associated with coincidence-counting tend to be very costly. The aim of this project was to build a small and an affordable circuit based on fast logical AND Gates. The circuit includes a pulse compressor which, depending upon the setting of the multiplexer, can either shorten the input pulse width or let it pass through unchanged. The different available widths that can be obtained are as following:

After the desirable pulse width has been achieved, the output of the pulse compressor is input into a fast (SN74F08) AND gate from which twofold and threefold instances are measured. The circuit comprises of 4 such channels (A, B, C, D) and their complements. The coincidences available are as follows: AB, BC, AC, CD, BD, ABC, ABC.

The project, which was part of Ramish’s independent study was supervised by Dr. Sabieh Anwar and the circuit was built by Mr. Shafique, R.A. spin physics group. 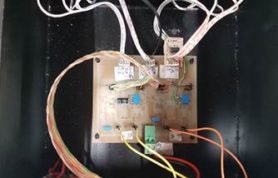 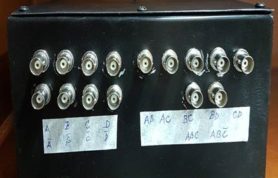 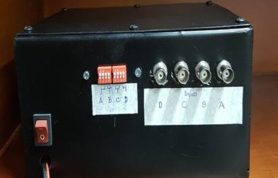 Bidirectional control of a Peltier element