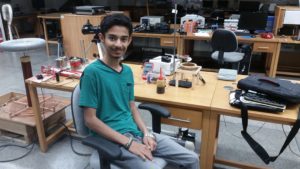 Shaheer Niazi was asked to set a vertically oriented steel needle over a horizontal metallic plate into which oil was placed. If you apply constant high voltage between the needle and the plate, a cell structure appears on the surface of the liquid. The system is in a point-plane configuration and the needle is placed at a height allowing partial discharge via corona and ion winds. The ion winds bombard the surface of the dielectric with charged ions, which charge the surface. The interaction between the outer charges, and the charges of the plate cause an instability to occur. This is called the rose window instability. Magnificent patterns emerge on the surface of the oil. Shaheer is investigating the underlying mechanisms. 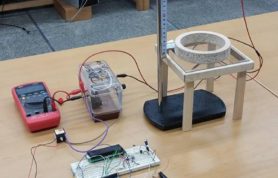 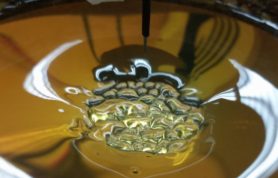 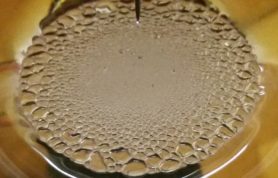